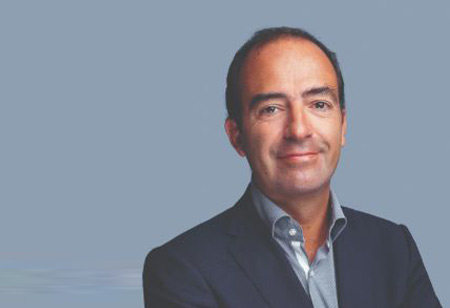 It is common knowledge in most industries that a good idea is not enough to make a successful company. Indeed a large number of scientifically fascinating, cutting-edge technologies never make it to the market due to a myriad of factors, from incapacity of the team to execute to poor market fit; from flaws in IP protection to the absence of early-stage investors willing to back truly groundbreaking ideas. This story is about one initiative that will help increase the chances of good ideas and competent teams actually making a positive impact in healthcare innovation and in people’s lives.

In biotech and in many areas of medtech a major hurdle in the development of a new product is obtaining the financial means to run early clinical trials, namely Phases 1 and 2. Although the number of patients involved in these phases is relatively low – typically in the low tens for Phase 1 and low hundreds for Phase 2 – the costs such trials entail are a significant step up for any company that has previously been running experiments with their product only in vitro and in animals – i.e. at a pre-clinical stage. Many startups set out to raise their first multi-million round of funding precisely in order to enter the clinic.

For investors, however, this is a significant risk. The rate of compounds approved for Phase 1 that make it to the end of Phase 2 successfully is less than 20%. And what’s more, entrepreneurial teams often lack the experience and knowledge to make the right choices when it comes to trial design, site selection, and use of funds. This is part of the reason why compounds and devices that look like breakthrough products fail to produce clear enough results in the clinic before the money is exhausted, and thus end up dying – along with the hopeful startups that conceived them – before proving their potential.

The hurdle of funding clinical trials is even greater in geographies with less of a history of successful biotech ventures, where founders may not have as many close connections to world-class KOLs and clinical resources as they would if they were based in, say, Boston, the Bay Area or half a dozen other hubs scattered around Western.

Europe and the U.S. Moreover, local investors in those regions may not have the industry knowledge and/or the deep pockets that could steer a company safely through their initial attempts at clinical development.

The challenge is yet more dauting if you are developing a truly novel, untried technology, or targeting disease indications where many other products have failed before – precisely those where there will be a greater need. Many venture capital funds, especially smaller ones, may tend to shy away from risky indications (stroke, septic shock) and unproven technologies, logically avoiding a further expansion of the risk already inherent to their activity.

Precisely in order to make the risk of biotech investments more manageable, and grab the underlying opportunity, we have recently launched Clinical Research Ventures, a Singapore-based fund investing globally in early-stage biotech and medtech companies. CR Ventures uses a model we consider relatively unique in that, first, we invest only in clinical trials, that is, our support is 100% directed at funding clinical trial expenses – which typically take a sizeable slice of early-stage funding rounds in biotech.

Second, we have entered an alliance with a small but fast growing network of clinical sites called CRU Global, operating in Europe and SE Asia with a stellar track record in patient recruitment (a major cost factor in clinical development) and a breadth of expertise and experience in multiple disease areas, from diabetes to cancer, from pulmonology and rheumatology and many others. We open the doors of CRU Global and of its partner institutions to young innovative startups with breakthrough products and, in select cases, we will cover the majority of the costs of performing trials within the network. Just like traditional VC investors, we do it in exchange for equity.

With four partners spread through the U.S., Europe, and Asia, CR Ventures has a global reach and is able to look at less obvious geographies that produce very good science and great management talent, but where entrepreneurs may lack connections to top-tier clinical facilities and specialized investors. And because we only cover the cost of clinical development and not G&A and other items, we prefer to follow other investors and not request a board seat. This makes us an attractive co-investor, for instance for VCs and corporate funds aiming to have more direct control over management or the actual technology. It also positions CR Ventures as a potentially more attractive follow-on co-investor for small specialized funds and angel groups that have funded the pre-clinical work but do not have the resources to back clinical-stage companies.

The CR Ventures model warrants that trials will be well designed and performed by experienced professionals, with proven credentials not always accessible to small startups. And because CRU Global can perform tasks such as medical writing, site selection, auditing, regulatory submissions and so forth, the need for third-party expertise is reduced, thus lowering the cash burn for those startups. The network’s record in speed and quality of patient recruitment is particularly remarkable, which is of crucial relevance in early trials. So the model offers not only financial support but also direct access to knowledge and infrastructure crucial to a young company’s early success. In most cases, CR Ventures will carry companies precisely through the most crucial value inflexion points, from late pre-clinical through the end of Phase 2, when two-digit multiples in valuation can often be achieved.

In addition, because our main backer is CRU Global (the clinical site network) itself, there is a very particular alignment of interests: as a stakeholder in the fund, it is beneficial for CRU Global to contribute to the success of CR Ventures’ companies by performing clinical services under the most favorable terms and, obviously, with the highest quality. This in turn gives CR Ventures significant leverage over the cost of the very service it is funding for its portfolio companies.

While the model has similarities to other successful initiatives, we believe the unique combination of (a) a focused investor not seeking control, (b) a reputed provider of high-value services fully aligned with the interests of shareholders, (c) access to high-quality clinical knowledge, expertise and infrastructure, and (d) acting at a stage where often there’s scarcity of funds positions CR Ventures as a groundbreaking investor in global biotech and medtech for the 2020s