Bioinformatics In Pharma And Biotech...

The Dynamic Commercial Aspects of Life...

Re-imagining Learning in a Post-Pandemic...

Bioinformatics In Pharma And Biotech...

The Dynamic Commercial Aspects of Life...

Re-imagining Learning in a Post-Pandemic... 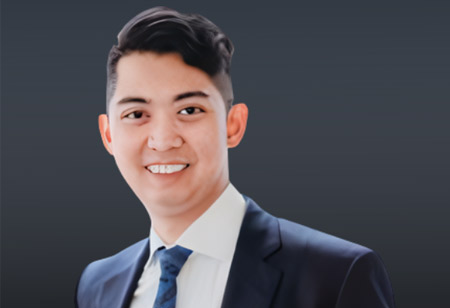 Emmanuel Hui is a life sciences investor from Hong Kong. He co-founded the gene therapy company Moogene (322970.KS) and currently oversees a VC/PE portfolio with exposure to over 2,000 companies at Pentepebble and Sagamore Investments. Operationally, he holds positions in companies working on cancer diagnostics (Angene), luxury wellness (Serensia Woods), veterinary care (Tonisity), automated cell culturing (Thrive), and he sits on the Ethics Board of the Hong Kong Children’s Hospital.

Life Sciences Review sits down with this young “Baron of Biotech” to discuss his many efforts and vision for biotech startups in Hong Kong and the Greater Bay Area (GBA).

Thank you for taking the time to speak with us today. We really appreciate your time.

My pleasure, thank you for letting me proselytize my cause.

Why don’t we get right into it - your cause - what is it?

Well, on the grand scheme of things, I suppose my cause is to improve and save people’s lives through innovation and productization of the life sciences. But in the context of our conversation, I would like to highlight Hong Kong and the GBA as having a fundamental role to play in leading this cause globally.

And for our readers who aren’t familiar, could you give us a quick overview of what you mean by the GBA?

The GBA refers to an economic region of South China encompassing Hong Kong, Macau, and nine mainland cities. The region has upwards of 70 million people and accounts for nearly 40% of China’s exports – mostly electronics. Moving forward, there is a strong push for the GBA to become a leader in biotech, on account of its innate advantages and new initiatives.

So what are these advantages and initiatives, and what does that mean for biotech companies?

Well starting with innate advantages, Hong Kong has always been on the forefront of modern biomedical research. If you look up any discipline on Google Scholar, you’ll be able find an academic from Hong Kong who ranks among the top five most cited. On the investment side, financial institutions have always appreciated Hong Kong for its efficient taxes and progressive capital controls. More fundamentally, the ease of business, unrestricted networks, stable currency, and strong legal protections through an enforceable, navigable common law secures Hong Kong as an irreplaceable establishment for international business. That being said, there are still some notable shortcomings which is why new initiatives have been implemented to abate them.

Yes now that you mention it, I rarely hear of any major pharmaceutical or biotech company coming out of Hong Kong. It’s always been Boston, Japan, Germany, the UK but it sounds like Hong Kong should have had a more prominent footprint.

You’re right - we have a lot of capital, a lot of impressive science, but very few starring companies. The reason for this is a couple key gaps to the city’s infrastructure - the first being a lack of exit pathways for investors and the second being a lack of experienced company builders.

Alexander the Great conquered most of Asia when he was 25 and he didn’t even have Google, so starting a gene therapy company in Boston is far from extraordinary

So, I take it the new initiatives you referenced address these shortcomings?

Yes exactly. For the first point, Nasdaq has traditionally been the only listing option for pre-revenue life science companies. But the Hong Kong stock exchange established the Chapter 18A listing rules on 30 April 2018, which specifically allows pre-revenue healthcare companies to go public here. Sagamore’s portfolio has greatly benefitted from it, with pre-public exposure to over half of the newly listed 18A companies and a gross return of about 4x.

Hong Kong is now a very viable option for exit, which should better incentivise companies to establish a base of operations or go public in Hong Kong.

The second point is much tougher to resolve; compared to Boston, the GBA has very very few people seasoned in operating biotech/healthcare companies. The nitty gritty executors for regulatory approval, manufacturing, marketing, legal,IR, fundraising - we simply have a dearth of experience. Looking at Sagamore’s portfolio, well over 80% of our biomedical companies operate out of the Yangtze River Delta. The only way to change this about the GBA is to recruit, train, and retain talent. Currently, the GBA’s various municipal governments are all instigating policies to encourage this, such as providing free rent and lab space, subsidising salaries, increasing amortised tax credits, but ultimately, we just need to DO it. I knew nothing of the abovementioned factors when I first started Moogene and learned everything about everything on the job.

Let’s talk about that. What made it possible for you to learn what you need to build Moogene? I’m guessing you mean to provide the same possibilities for people in the GBA?

Well honestly, Alexander the Great conquered most of Asia when he was 25 and he didn’t even have Google, so starting a gene therapy company in Boston is far from extraordinary. Every other person in Boston has an Ivy League doctorate and every major pharmaceutical company has a presence in town. Knock on enough doors and you’ll eventually find the help that you need. I pitched my company over 700 times before we got a referral to associates at Samsung, which eventually came onto our cap table. Now that I’m an insider, I know who exactly to reach out to, what stage they prefer to invest in, what cheque sizes they would consider, but back then I knew nothing. I was still a senior in college when we officially incorporated and so my youth also made my mistakes and ignorance more forgivable. Anyway, I hope to create a similar ecosystem here in the GBA where a college senior with solid peer-reviewed research can also raise funding and rally the assistance that they need to start a new biotech company. It’s clear that the policy makers and stock exchange have taken the first step to facilitate the growth of biotech in the GBA, and now it’s up to the private sector to step up.

So besides your passive investment portfolios, could you also give us a few highlights of the projects that you’re working on? I understand you have a lot ongoing on the operational level.

Sure. One keystone project I am advising is Serensia Woods. Serensia Woods is a luxury, members-only wellness resort and community in Hengqin Island, Zhuhai - just on the end of the Hong Kong-Zhuhai-Macau Bridge. It’s fully built and slated to open in Q4 2021. The whole focus of Serensia Woods is to service the GBA’s rapidly ageing population and provide personalised care on a massive scale, not for old people, but for people who don’t want to get old. I also have a company called Angene with an ongoing clinical trial at the Chinese University of Hong Kong Phase 1 Clinical Trial Centre to develop a rapid urinalysis test for prostate cancer screening. Angene is supported by funding from the Hong Kong Government Innovation and Technology Commission. I’m concerned with animal health as well - having started a joint venture with Tonisity International in Hong Kong and Zhuhai to bring amino acid and prebiotic-rich oral rehydration solutions to improve the efficiency of swine production and supplement the overall gut health of dog and cats through our pet line DoggyRade/KittyRade. I could go on, but these are the largest occupiers of my time and attention at the moment.

So what’s the message or final word that you want to get out to our readers?

To put it simply, come be my friend! Whatever your technology, service, app, novel compound, advanced cell therapy, Hong Kong now has the political, financial, and infrastructural supports in place to bring them from bench to bedside. I want to invite more co-investors, founders, scientists, middle-managers, and aspiring students to consider Hong Kong, the GBA, and join me as the region transforms into a life sciences hub to the betterment of human life. That’s my pitch. Let’s be friends.