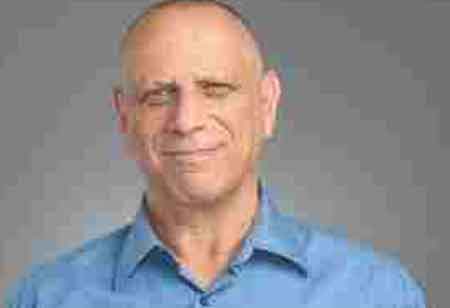 Iot - Back To The Past - And Into Last Word Future

IoT – The First Wave of Innovation IoT is not as new as some might think… At the end of the 90’s there was already an innovation wave which included many connected devices. This wave was, in many ways, similar to IoT today. It was not successful, and the wave receded like sea waves that have reached ashore with a high slope.

Why? Well… The idea was the right one, but the slope was too sharp - we all know what happened to the markets in 2001 (the stock market took a downturn, in what was referred to as the dot-com bubble burst). Practically evident, was the fact that the technology was not ready. No fast communication, no powerful edge computing at a reasonable price and too high-power dissipation, lack of sensors, limited memory. In general, IoT at that time only enabled creating high-cost prototypes. Good enough to be presented and for telling stories. Not good enough for actual deployment and for creating viable businesses.

IoT Today: The Opportunity is in the Infrastructure Today, however, times have changed, and we are at the implementation era for IoT.

Remember the first days of processors? There was a bunch of manufacturers at the late 70’s such as Zilog, Rockwell, and National Semiconductors, who operated alongside a host of software companies. And who were the big winners those days? The companies that had built the infrastructure for the PC industry as the need for communication had risen: Intel/AMD, Microsoft and Cisco.

Google and Facebook reached massive success only after the PC infrastructure and the markets were ready for them. Google became Google because they came at a time when the internet began to shape up as a platform rather than a tool for professionals. Facebook (as well as Instagram and LinkedIn) reached great success because they operated at a point in time when the markets were ready to utilize their technology of social connectivity in different forms.

Therefore, I believe that the successful companies in the fields of IoT today may very well be the companies that would take control of the IoT infrastructure:

IoT will require extremely low power consumption Some companies are already working on the solution. Look at Wiliot, for example, which invented a chip for IoT which has no need for power, battery or charging. It may sound like science fiction today, but it might be our future tomorrow.

IoT will require smart, unique sensors And here, look at companies such as Trieye which is developing a vision sensor that can see through fog, rain, snow, dust and other bad weather or light conditions. Can you imagine how important such a sensor can be for the automotive industry, for instance?

IoT will require edge computing NeuroBlade, for example, are currently working on an accelerated AI computation at a low cost with low power usage – to allow fast AI execution.

Indeed, the IoT world has a great need for Deep Technology. Deep Tech requires large investments and high professionalism standards. But if you are looking to succeed big, and have patience, you must look at the past to learn for the future. IoT will be there. You should be there too with your deep tech, innovative bold solutions.