Carlos Garcia, Chief Technology OfficerUpon learning about his father’s diagnosis of pancreatic cancer in 2010, Hiroshi Mikitani— who would be the founder and CEO of Rakuten Medical—flew worldwide, searching for new and innovative treatments in a rather desperate bid to save his father. His journey eventually led him to cross paths with Miguel Garcia-Guzman, a scientist exploring novel ways to conquer cancer. Although Mikitani couldn’t save his father, this fateful encounter led the duo to join forces to lay the foundation stone for Rakuten Medical, a clinical-stage biotechnology company—well known today for treating several types of solid tumors, one of the leading causes of death globally. “We at Rakuten Medical are focused on bringing an investigational treatment approach for our patients to provide them with one of the best options to fight cancer,” says Carlos Garcia, Chief Technology Officer at Rakuten Medical.

The company focuses on developing precision, cell-targeting investigational therapies on its Illuminox™ technology platform. Illuminox is based on a cancer therapy called photoimmunotherapy, which was developed by Dr. Hisataka Kobayashi and the team from the National Cancer Institute in the United States. This technology platform is just an antibody, a small molecule that represents a new form of therapy with the potential to selectively target cancer cells while sparing surrounding normal tissues through light-activatable antibody-dye conjugates.

Illuminox entails drug and laser device components. While the former consists of a targeting moiety conjugated with one or more dyes leading to selective cell surface binding, the latter consists of a light source that locally illuminates the targeted cells with non-thermal light to transiently activate the drug. Used as an alternative method to fight cancer, this combination of technology identifies an antibody that binds directly to an antigen coupled with a dye. The patient initially gets treated with the drug and, the next day is treated with the device where the light is used and dosed at a particular wavelength to the tumor.

This is one of the biggest advantages of the Illuminox platform in comparison with anti-drug conjugates. To this, Garcia adds, “We do have an advantage to fight cancer compared to other traditional methods but we need to identify the right type of cancer for this technology in order to expand our portfolio.”

One of the first drugs developed on Illuminox is ASP-1929, an antibody-drug conjugate comprised of the antibody cetuximab and a light activatable dye. ASP-1929 binds to epidermal growth factor receptors (EGFR), a cancer antigen expressed in multiple types of solid tumors, including head and neck cancer, esophageal cancer, lung cancer, colon cancer, and pancreatic cancer. ASP-1929 has achieved Fast Track designation from the FDA and approval from the Ministry of Health, PMDA Japan, which is considered one of the most conservative regulatory bodies globally. Currently, the drug is under investigation in a global phase 3 clinical trial for recurrent head and neck cancer.

Although Illuminox therapies are under the radar of various regulatory authorities, the company is developing a viable commercial process to work with its vendors, commercial manufacturing organizations, and collaborators. The delay in regulatory approval mainly stems from the time-consuming nature of drug evaluation and regulatory approval. As an assertion to this, Garcia adds, “When you are trying to develop a novel, innovative program, which is first in class, it is challenging. And, fortunately, we have got approval in Japan with our lead program.” In addition to this, Rakuten Medical is also moving forward with product development by conducting clinical trials of monotherapy and combination therapy with other drugs.

Garcia credits the Illuminox platform’s value proposition to the team of Rakuten Medical, led by Mikitani. Having its subject matter expertise, the company plans its expansion to other countries such as China, India, and the other Asia Pacific regions. With such technology offering in place, Rakuten Medical has gained major traction in the US. Soon, the company will enter phase three trial in the US. Moving forward, the company will build its strategy for identifying and expanding new Illuminox programs. “We are committed to developing a treatment for as many patients as possible, as soon as safely possible, with an ultimate goal of conquering cancer one day,” concludes Garcia. 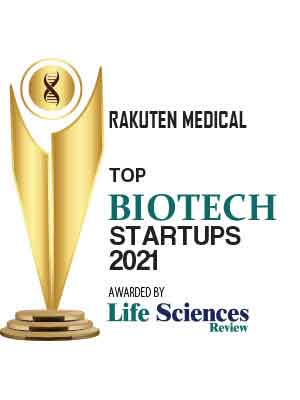 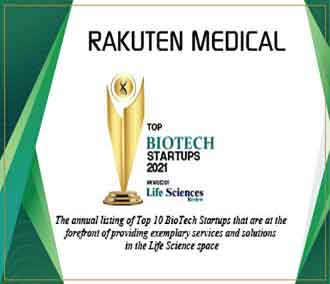